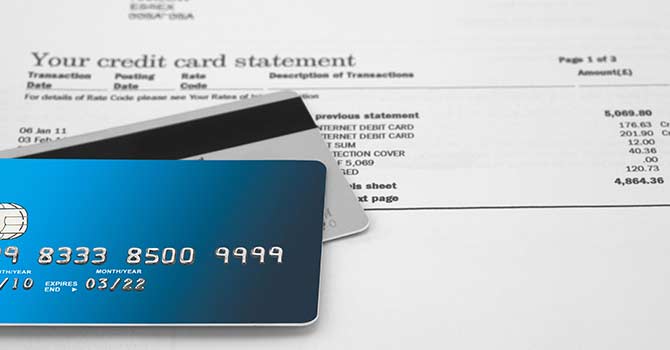 Our customer service team here at BankCard USA fields a lot of calls each day from business owners trying to discover the source of a mysterious charge on their business bank accounts. They tell us the charge includes “BANKCARD”, “MTOT”, “DISC”, or some combination of the three.

MTOT stands for Merchant Total; DISC stands for the discount fee; and BankCard refers to your acceptance of credit and debit cards from your customers. This charge is a generic one used by many different merchant account providers to describe your processing fees, whether the term is included in their company name or not.

Because “BankCard” is a part of our company name, our website shows up when that term is searched in Google. Customers assume the charge is from us, when the truth is that the term bankcard alone is used by hundreds of credit card processing companies.

We have to deliver the news that it’s not us, and worse, that we don’t know who it is.

Our charges are fully disclosed to clients and the descriptors include “BKCardUSA” followed by that client’s unique Merchant ID number so that they are clear and easily recognizable. As a result, these inquiries never come from our real clients.

We understand the callers’ frustration, and patiently, we’ll validate our response by searching more of the caller’s information, exhausting every “search by” option, in our accounts database. When still nothing shows up, we offer the advice to go back through their business records to find out who exactly their merchant services provider is, or was.

In some cases, the customer hasn’t properly terminated an agreement with an account provider, who is still charging them on a monthly basis. An even worse scenario we hear about is when a customer switches providers, the new provider offers to “take care of” their old agreement and terminate it for them. This is actually impossible, as the primary guarantor of the account must be the one to close it.

It’s a common misconception, and we understand the urgency and frustration. When someone has access to your banking information and is withdrawing money you haven’t authorized them to take, it’s concerning to say the least. In this blog we hope to clear up the confusion about our company name by explaining the history of the term bankcard and its widespread, generic application by other acquiring banks.

We also provide merchant services resources on our website so that business owners can find credit card processors that will not charge them surprise fees.

What Does BankCard Mean?

BankCard simply refers to a bank-issued payment card that can be used for commerce, such as a debit or credit card. To delve deeper into its history, let’s take a look at the history of payment cards, and how banks got involved.

From credit coins, charge plates, and centuries-old practices of using valueless objects to represent monetary transactions, the idea behind payment cards has been around for a long time.

The dawn of pocket sized payment cards in the U.S., in the 1920s, was brought forth by businesses such as oil companies and hotel chains. Customers could use the cards to buy that merchant’s goods or services and charge it to an account. They paid the balance at a later date. Banks were not involved.

In 1946, Brooklyn banker John Biggins came out with the Charg-It card, the first bank-issued credit card. It was only available to patrons of Franklin National Bank at select local businesses.

The Diners Club Card followed in 1950, after Frank McNamara forgot his wallet when eating out at a restaurant in New York. It spurred the idea of a credit card that could be used in that kind of situation. When his idea came to fruition, he called his first outing with the cardboard card “The First Supper.”

The Diners Club Card was issued by banks across the country and could be used for most travel and entertainment costs. It became wildly popular, and by 1953, the Diners Club Card became the first internationally accepted charge card. By 1959, there were over 1 million club members.

Bank of America sent out its BankAmericard in 1958, the first general purpose credit card that offered revolving balances, to a select market in Fresno, California (they mailed activated credit cards, unsolicited, to customers in what is sometimes known as the “Fresno Drop”). Bank of America then licensed its card to banks, who could issue it on a broader scale. Balances that revolved month to month were a huge innovation.

BankAmericard became Visa and separated from Bank of America as its own entity a decade later, reflecting the card’s international adoption.

Also in 1958, American Express, who had already introduced money orders in 1882 and invented travelers checks in 1891, issued credit cards, and set out its own novelty by replacing cardboard cards with celluloid ones in 1959. In 1960, IBM introduced the magnetic stripe, beginning a long road of technical innovation for the credit card market.

In 1966, California banks got together to form the Interbank Card Association to manage issuer-merchant credit card transactions. As it grew, the ICA took the name Master Charge, which later morphed into MasterCard.

The other credit card giant we know today, Discover, was introduced by Sears in 1986. The Discover card was the first to offer small rebates on purchases, or cash back. Customers loved it. Discover would later end up absorbing Diners Club, which is still popular in the global travel community.

The market exploded, and competition became fierce. Credit cardholders grew to millions. In 1986, the Consumer Credit Protection Act, which encompassed the Truth in Lending Act, provided some APR regulation to protect customers. More regulation followed as the industry continued growing to become what we know today.

Merchant services have taken a different shape over the years, becoming ever more competitive and complex. While we keep up with the latest technological advances and offer innovative products and services, our morals and integrity have been consistent since we opened in 1993. We want to preserve the underlying principles of using bank cards: they are supposed to help businesses and customers with commerce. Our goal is to facilitate that in a way that enhances commerce, rather than takes away from it with extra fees.

We provide our clients with quality, affordable, honest bank card processing services that will foster growth and make for long term, beneficial partnerships.

Because of the term bankcard’s now generic application, we receive misdirected calls almost every day. Some companies don’t include bankcard in their names, but use it as a charge descriptor, while the opposite is also true.

We don’t change our name because of our longstanding history, and the clients who accurately associate it with our exceptional merchant services. The unfortunate MTOT BANKCARD coincidence is just that—an unfortunate coincidence.

Since we are a boutique provider with over 25 years in business, we want to preserve the integrity of our business name, and when we receive misdirected calls, we can at least try our best to point merchants in the right direction, and offer a secure alternative if they’d like to switch providers.